It’s been a while now since i wrote something here now, thinking about it I kind of never got really started anyways :P. So now might be a good time to continue with some writing…

Since last a lots of things has happened with changing jobs as the foremost one. Since February I now work at Magine TV building software for a better TV future, mainly in Scala.

While changing jobs I decided to take a month of absence between, taking time to do whatever I felt like and playing around with the Javascript Canvas element was one of those things. I never came to the part of writing about it though, until now.

One idea I had been thinking about was reimplementing some old graphics effects from back in the days in the browser, those kind of effects that was hard to do efficiently on early PC hardware like an Intel 486 with VGA. You might ask why and the simple answer to that is that I had fun doing that back in the days, so why not now?

The first one I thought of was the Plasma Effect. Doing this kind of graphics effect proved to be a bit tricky to do efficiently in Javascript with canvas since it requires direct pixel manipulation. This can be done quite easily as in the following code though not very efficient performance wise since it can’t be done utilizing the GPU.

After a bit of coding I was able to hack together something looking like this: 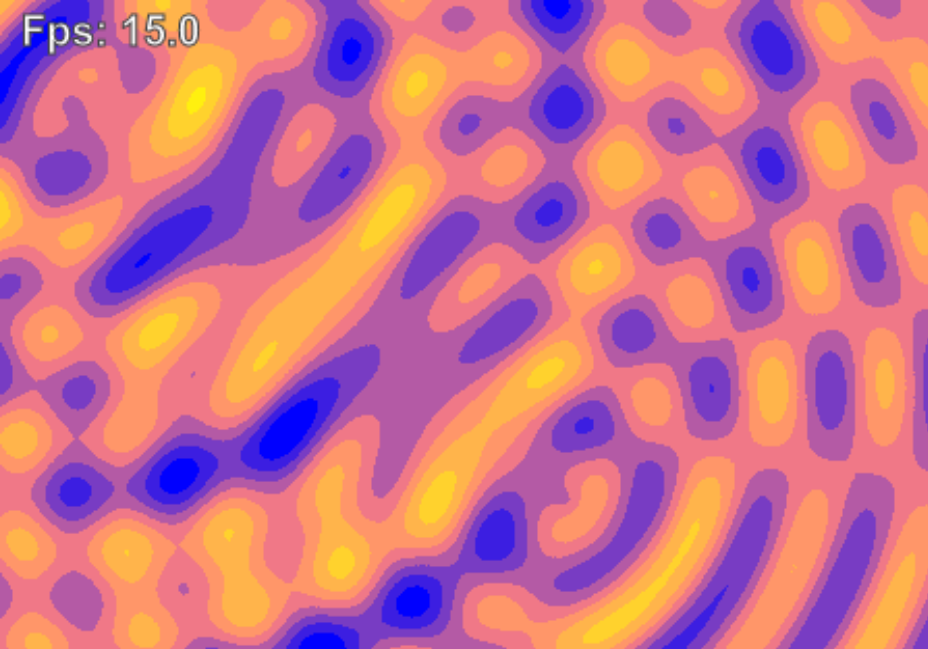 It was a bit of a struggle to make it run at least decently smooth on my machine and while trying to optimize the code quite a bit there’s surely room for more optimization.

I do like the end result though by the looks of it!

Next effect I did was a twist of one of my favourites back then, the Starfield effect: 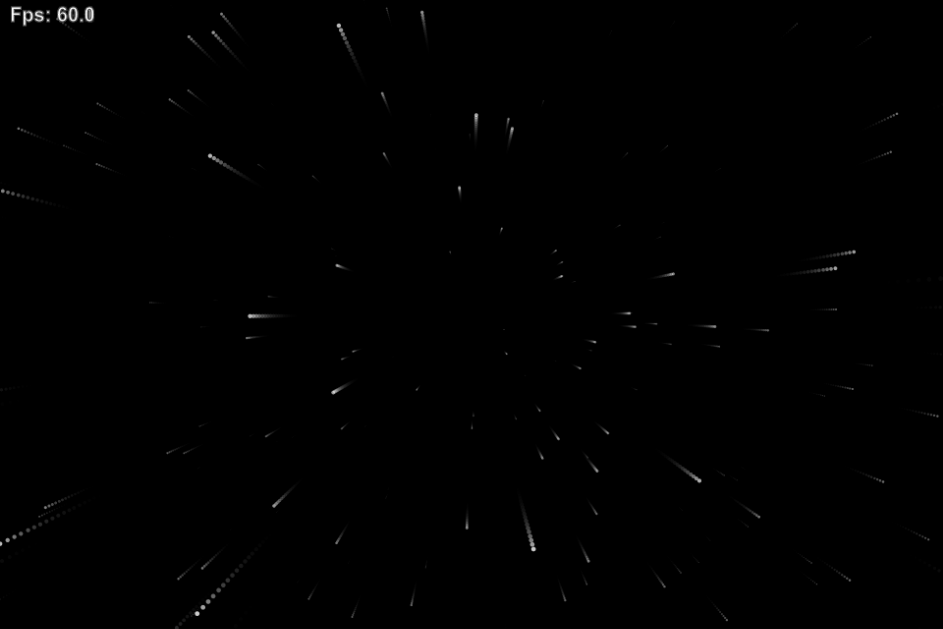 This one was a bit easier to make perform since it didn’t require pixel manipulation. It did prove a bit difficult though when I added the motion blur effect where I initially got some weird trails after the stars. These were a bit hard to get rid of entirely and varied depending on browser. After a bit of Googling I found out that they are caused by how transparency is calculated in the browser implementation. In the end I got it to work fine, at least in Chrome by setting the background color on the canvas element to black using CSS.

Next effect was something with another favourite, the Fire effect: 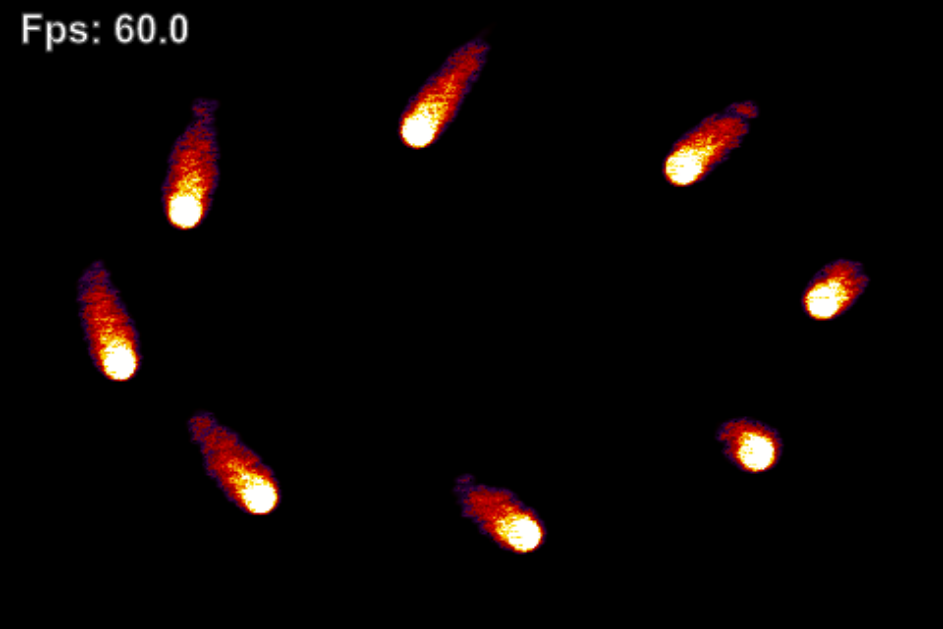 In the end I had developed a generic little library for handling the different difficulties I came across and other things related to canvas and animations in the browser. Code for that one can be viewed and borrowed from here: canvas-helpers.js

All in all it was really fun doing these things which reminded me of the good old C++ days when one was having fun with such things. It’s also a bit interesting that although all hardware speedups it proved at least as challenging to do these graphics effect at a decent framerate as back then with an i486 running DOS. Thinking about it actually even more.